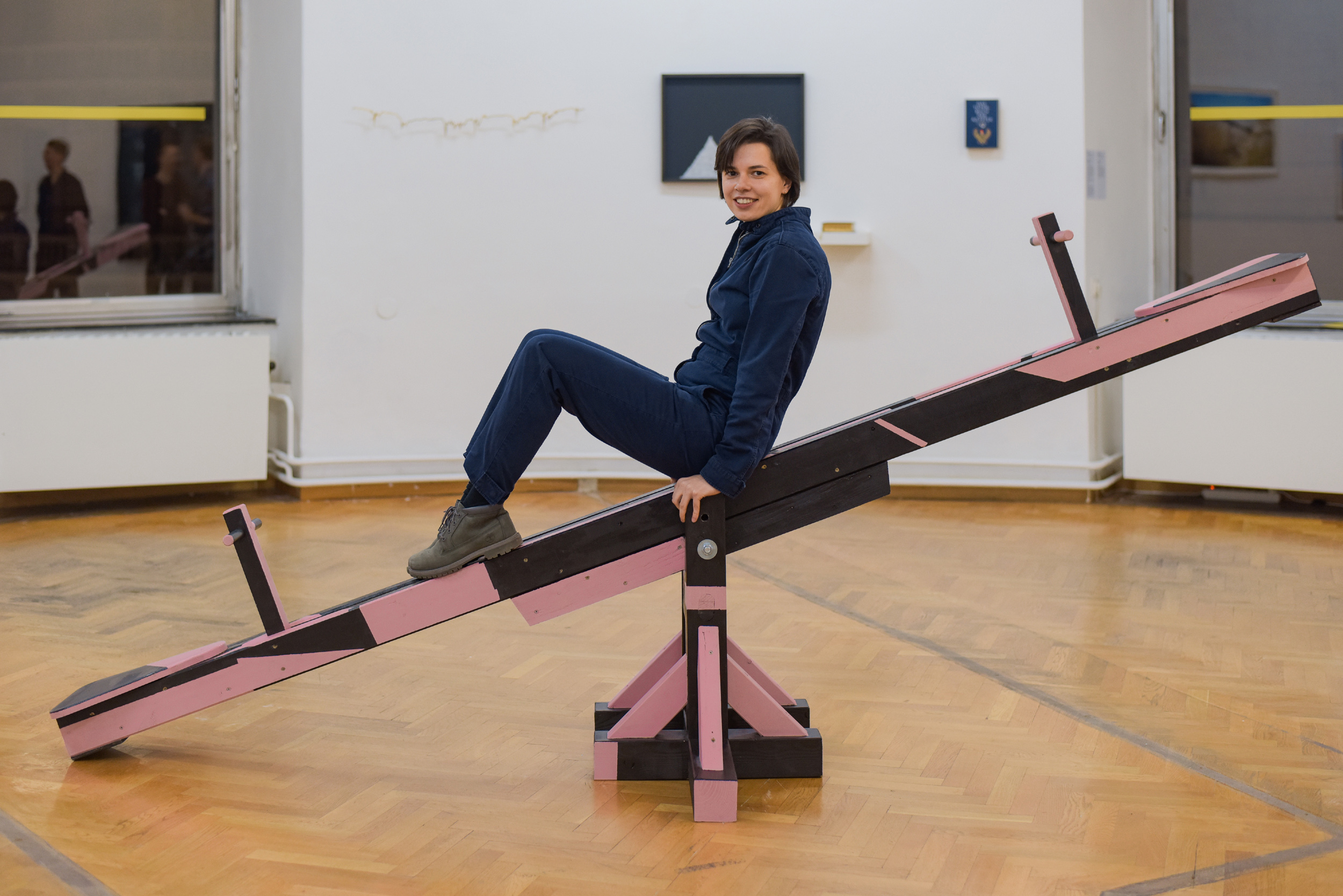 For her special project presented by Marcello Farabegoli at Vienna Art Week 2020, Natalia Gurova created a site-specific installation for the Red Carpet showroom Altes Landgut (Old Manor), which is situated in the U1 subway station with the same name. Gurova is a native of Belarus and studied journalism in Moscow, where she was active before moving to Vienna in 2014. She worked for BBC and wrote about social and political topics, human rights, literature and the arts. Her artistic practice consists of creating objects which trigger certain behavior patterns in visitors and make them aware of social processes.

With regard to Vienna Art Week’s motto “Living Rituals,” Gurova did research on the site where the subway station has been since 2017. She analyzed the history of the place and the rituals that were performed at certain times. Originally a factory and brick building complex, the edifice was taken down in the 1830s in order to build a new location functioning as a casino, which was in line with other luxurious Viennese institutions such as the Tivoli in Meidling or Dommayer’s Casino in Hietzing. Today, only the name of the subway station reminds of the former establishment. Relating to forms of pastime, which going to a casino entails, the artist addresses the notion of boredom, a phenomenon which manifested itself differently over the centuries, especially among upper classes.

Gurova’s installation tries to tackle a history of different forms of boredom, such as spleen, melancholia or the black humor (l’humeur noire), which Louis XIV exerted when letting only certain counts sit down at dinner parties, while others had to endure a standing reception that made them get bored after a while. At the same time, excessive tea parties became a spleen that created drug-like exuberance in 17th century England. The Russian version of melancholia can be found in the 1859 novel Oblomov, in which a nobleman experiences fatigue and has to find techniques such as his daily afternoon nap to come to terms with an abundance of time. A non-conformist, he even denied social gatherings and preferred idling around the whole day.

Stemming from these historical observations, the artist’s research moved to Austria and Germany, where casinos became a new way to cope with existential boredom in the 19th century. Their architectural structure followed that of a circle, which was mirrored by the roulette tables—seemingly functioning in an endless loop to create moving circles and foster the progression of time. Gurova’s installation mimics the looping effect of the roulette table yet demonstrates in a vertical form an endless circle or continuous flow of time. The circular shape of the sculpture has differently inserted levels or racks, where objects are placed, questioning whether notions of boredom have changed over the centuries and which new forms have evolved to protract time. Today, the phenomenon of public transport represented by the subway station equally leads to moments of dullness. Moreover, with the different lockdowns that have been imposed over the past months, the repetitive moments of daily routine didn’t allow for much diversification and created new forms of boredom nobody would have anticipated. Gurova thus links the site and its historical implications with current moments of artistic thought and invites passers-by to linger and contemplate.